Designer, manufacturer and installer of climbing walls since 1987.

Founded April 10, 1988 by Yvon Barde and Hervé Jacob, Pyramide specialises in the design, manufacture and installation of indoor and outdoor climbing walls. Its headquarters and production unit are based in Bondoufle, France, in the Essonne Department (91), 25 km from Paris. 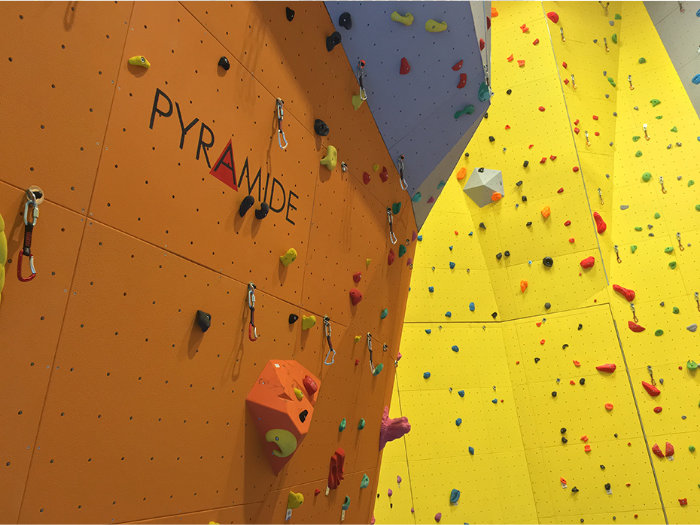 In 1987, Pyramide participated in the installation of the largest climbing wall ever built for an international competition during the 1st World Indoor Climbing Championship in Grenoble, France bringing together for the first time 19 nations from 5 continents. 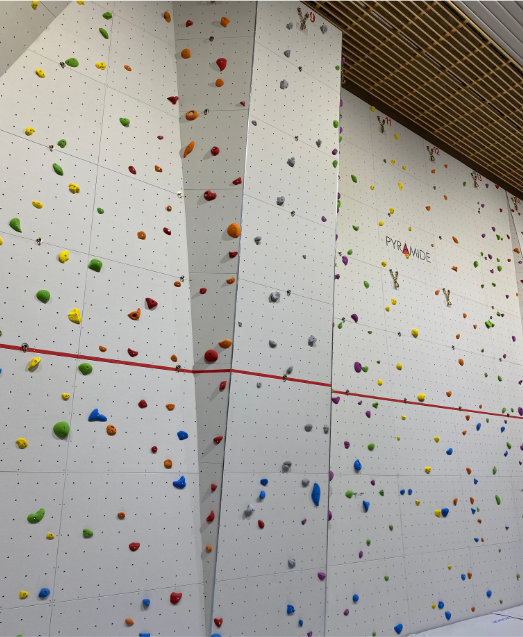 In 1998, Pyramide created the 1st climbing wall for swimming pools, the “AquaClimb.”

Since 2006 all Pyramide climbing walls are 100% sustainable (1st in the world) and PEFC-certified. Pyramide has oriented all its production towards the sustainable, the renewable and the local.

Pyramide initiated the French standards regulating the safety of climbing walls (1993), leading to the European standards of 2007, revised in 2017.

1988 Founding of the company Pyramide and supplier of the climbing wall for the French Climbing Championships in Avignon.

1989 Official Supplier of the French Federation of Mountaineering and Climbing (FFME) for all National and International competitions, first standards meeting on the safety of climbing walls.

1990 French Climbing Championship in Béziers and creation of polyester macros in plates of 1 m x 1 m.

1993 French Climbing Championship in Toulouse and World Cup in Aix-Les-Bains, officialization of French standards on the safety of climbing walls.

1996 European Climbing Championship at the Zenith in Paris.

1997 World Climbing Championship at the Zenith in Paris.

2015 Creation of a revolutionary resurfacing process for wood and polyester surfaces: a Pyramide wall never dies.

2016 Climbing is recognized as an Olympic sport and will be present in Tokyo in 2021 with a combined event bringing together three disciplines: lead, bouldering and speed.

2018 Development of a revolutionary insert attached by 3 fixed points.

2020 Pyramide will create at the Millau Aquatic Centre (12) a bouldering wall and a National rope climbing wall, 42 m wide x 13 m high, open to the outside for use by the general public.